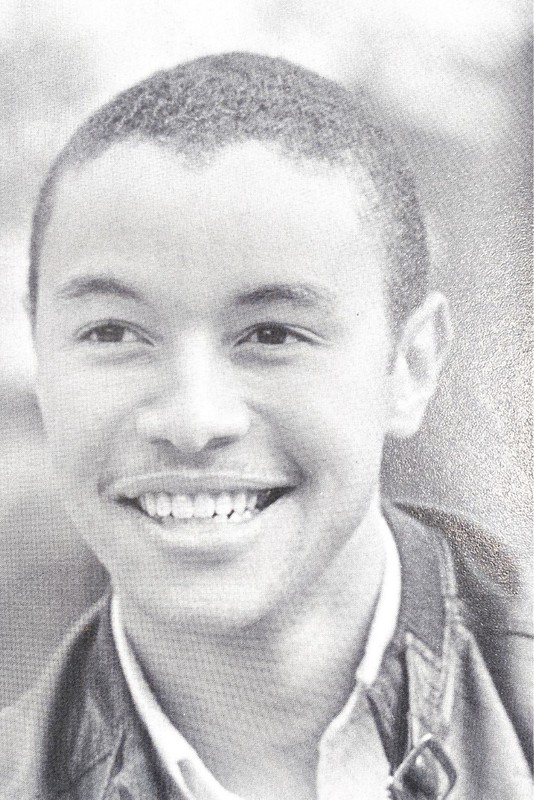 The pathway to success: Bill Lowry ’84

Bill Lowry ’84 is the Cook County Board Commissioner for the 3rd district in Illinois. He is a member of many Cook County Board Committees that include: Contract Compliance, Criminal Justice, Business and Economic Development,Environment and Sustainability, among others. He is also the President and Managing Shareholder at Nyhan, Bambrick, Kinzie & Lowry P.C. and a Lake Forest College Trustee. In 2009, he won the Lake Forest College Outstanding Alumni Leadership Award.

During his four years at Lake Forest College from 1980 to 1984, Lowry was proactive within the community and he made a positive change through his student involvement on campus. He played basketball for one year. After he stopped playing basketball he became an active member of the radio station, as the color commentator for basketball games, with his fellow peer Craig Marchbanks ‘84. Around that time, he was on a finance committee that worked hand-in-hand with the Executive Officers of Student Government to allocate budgets for student organizations on campus. He was also a proactive member of Black United Concerned Students (BUCS).

Lowry’s continuous positive impact within and outside the Lake Forest College community has been resounding with his peers. President Schutt said that, “Bill is remarkable. As a lawyer, public servant, trustee, and humanitarian, he has experienced great success, shown total integrity, and been a source of inspiration for me and countless others. His good works -- large and small -- are beyond number. I feel very fortunate and proud to call him my friend.” Dean Schneiderman added that, “Bill Lowry is one of the most public service -minded people I have ever encountered. He works tirelessly to improve the lives of those in his Cook County district and beyond. Bill’s selfless service on the Board of Trustees at Lake Forest College, and in his many other volunteer capacities, remind me time and again of how he puts himself to work for others. It’s not something he does; it’s who he is. And that is a person to admire!” The positive impact that Lowry has had on individuals has been reflected both inside and outside the Lake Forest community. Kazembe spoke to him about his passions, his journey from undergrad to post grad, and his life experiences.

Kazembe: What did you study at Lake Forest College?

Lowry: I majored in history with a minor in political science.

Kazembe: Did you have any particular class that you remember from that time that stuck out to you in your majors?

Lowry: Yeah, there were a number of classes that stood out to me. First of all, I would say that I am so fond of many of the Professors that I had at that time. I was in the History Department and I took a number of courses with Michael Ebner and his influence on me was not just in the classroom but outside the classroom. His influence on me has been very lasting and is truly one of my blessings. I also had several courses with Steve in the History Department and similar to Michael Ebner, he had a lasting effect over me. On the political side, I had a number of courses with Professor Paul Fisher and likewise he had a great impact and he continues to be a great impact and a good friend up to this day. There were just a lot of wonderful influences on a daily basis. You know, Lake Forest College is a place whereby you get to know your Professors and you get to receive life lessons from them.

Lowry: Yeah. I remember one life lesson where Steve Rossworm sat me down and he was serving as my temporary advisor for some time because Michael Ebner was involved in a sabbatical. In a very loving way Rossworm said to me, ”you have many gifts but always strive to be in integrity” and I don’t know if you have had any dealings with Steve but he is a very straight shooter. However, I am not sure whether he used that exact terminology. But the sum was be yourself, be who you are and don’t allow yourself to engage in B.S. That was a very important lesson that I kept for the rest of my life.

Lowry: Well, I have had many fond memories; for me Lake Forest College has been a forty-year love affair because I landed on campus in 1980, and I really immersed myself in every facet of the community from the start.  I was born and raised in Chicago, so I was able to fully utilize not only everything the College offered but to come home and extend campus life to Chicago whenever needed. As you know, I serve on the Board of Trustees of the College. I have been on the board for almost ten years. So really for the last forty years I have been closely tied to Lake Forest college in some kind of way.

Kazembe: How would you describe your undergrad years at Lake Forest College to becoming the Cook County Commissioner?

Lowry: After I graduated from the College in 1984, I went directly to Loyola Law School. I graduated from Loyola Law School in 1987 and I started practicing law as a litigator in 1987 at the age of 24. I joined the workforce and became a practicing attorney, carrying a lot of what I received at Lake Forest College. Lake Forest College was a place where I came to believe that I should be confident with taking risks and pursuing more knowledge and that I should be very comfortable with communicating whether it was by writing or speaking. Those gifts that I was able to hold onto from Lake Forest College served me in my early years of law practice and I have continued to make use of those gifts. So, for the last 12 years or so I have served as President and Co-Managing Shareholder of Nyhan, Bambrick, Kinzie & Lowry P.C. We have 50 attorneys at the firm. I have always felt as though I had to do more than just practice law and part of that was an extension of Lake Forest; as I said, I was involved in many things at the College both inside and outside of the classroom and that has continued in my professional life. So until I decided to run for office I served on 14 different boards trying to give back to the community. I also tried to help others as I was helped when I was younger and those boards included Lake Forest College and Loyola Law School and what I am most proud of is relative to both my service at Lake Forest College and Loyola where I helped start a scholarship fund for students of color. There is nothing unique about me; I was just given opportunities and that’s what I am trying to help to present for our youth of today. When our youth are given opportunities, they will move mountains and that’s my job to make that happen.

Kazembe: I definitely agree with that, when young people are given opportunities they can make positive contributions within our communities.

Lowry:  In Kenilworth where I live, someone was shot just from my backyard. After the shooting, one of my three  kids challenged me. He said, “What are you going to do about the violence that has reached our doorstep?” And l said “I don’t know. l will talk to your mother and I will pray on it.” At that moment, it was put on us to have about fifty friends at our home the next Saturday. Our friends represented all facets of sorts of the community. We had business folks, educators, entrepreneurs, people in healthcare, people in law enforcement and I even had a friend there who was a former gangbanger. And at the end of talking about the violence of the community in Chicago, I challenged myself and my friends and stated that, “it is time for us to stop hiding in our homes and it’s time for us to try to stop this issue of violence around the city.” My friends and I then created The It’s Time Organization (TITO) to combat violence and we worked with different schools and different nonprofit organizations within the area. We also provided after school programs for high school youth.  After years of being behind the scenes, I decided that I needed to be upfront and really try to be more impactful. One of the several high school students that were working at the firm always had an untucked shirt. Since we were going to see the Mayor and members of the city council, I told him that he was going to have to tuck his shirt in. The next day when we went over to the city hall, I gifted him a belt and the young man looked at me and he smiled and cried at the same time. Something as simple as gifting one of our youths a belt can make a difference in their lives. I realized that I needed to be able to touch more of our youth. It was at that point in August of 2017 that I decided to run for office because I had never run for office before then. I won the Primary in March 2018. I ran against 6 other individuals and then I went to the General Election against a Republican in November and I garnered 90% of the votes so I served as Cook County commissioner for 3rd district. I think that we really need to have all hands-on deck. We really need to work all together. We need to work to promote economic opportunities throughout the entire city, while it’s important to have businesses flourishing within our communities. We need to work together to create the same opportunities for our kids after the school day like when I was growing up. We had a lot of different ways for a child to be exposed to positive activities and we need to provide that to our children and our families again. These are all things that I am trying to work on at this point.

Kazembe: Out of everything you have done so far, what would you say you are most passionate about?

Lowry: I would say what I am most passionate and proud of is what my wife and I created. We have three amazing children. My oldest child Bill started practicing at my law firm, and my middle child, who encouraged me to do something after the shooting in my backyard, ran track and graduated from DePaul University. He is doing a gap year now, modeling and doing some TV work. My daughter, Clark, is currently in her senior year at USC in Los Angeles. All three of our children are smart, honest, and spiritual young people; my wife and I are so blessed to have our family. Everything else comes from that core.

Kazembe: What would you give a 15 minutes presentation on without preparation?

Lowry: I would say that we are here for two reasons--to serve and to love. I can talk about that for 15 mins without any preparation because those two things manifest in every single thing that we do during our lives. 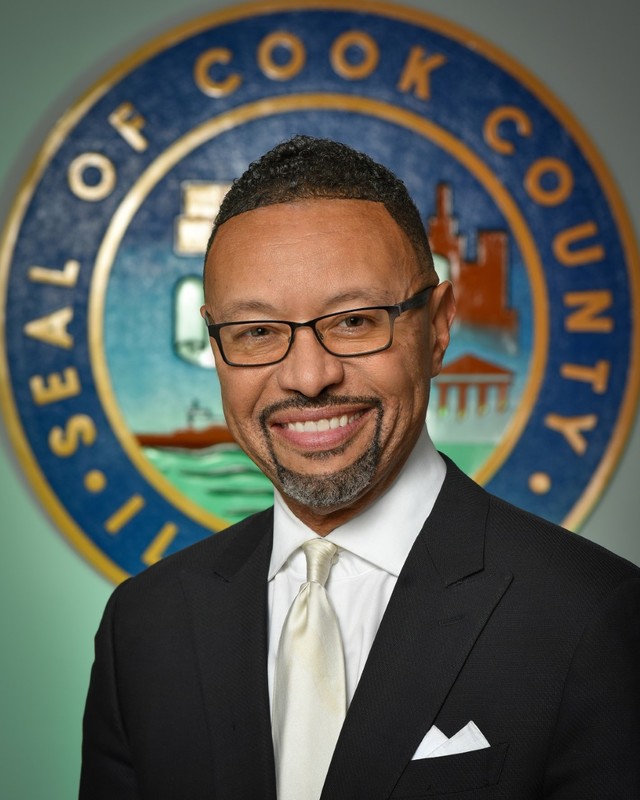 Kazembe: What advice would you give undergraduate students at Lake Forest College?

Lowry: My advice would be: experience everything you can. Be active and be engaged while at the college. Make use of all the offerings of Chicago through our Center for Chicago programming. Make yourself available for internships and externships, travel abroad, don’t be shy or afraid to be really engaged, and experience life because people are just people. When you really engage within the community and experience life, that’s how you truly find out what you are passionate about. Then, after that your work becomes your life.