Alumni Spotlight, Volume 1, Issue 2: Standing Out to Make It 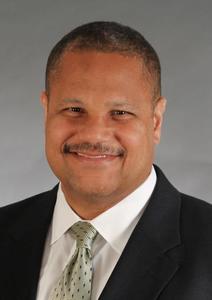 STANDING OUT TO MAKE IT

From having White House meetings under the Clinton administration to talking about small business lending that limited minorities, to overseeing functions at the 12 Federal Reserve Banks during the 2007-08 financial crisis, Craig Marchbanks ’84 has certainly created a name for himself in the professional world. The Lake Forest College alum has had many unique opportunities presented to him during his 30+ years working in finance, including the chance to meet with government officials and finance experts in both the U.S. and abroad. He has worked with the Federal Reserve Banks for 16 years now, and his current role as Knowledge Leader involves bank supervision and regulation as well as liquidity and risk management.

But a lot of Marchbanks’84 work with the Federal Reserve Bank has been more than just analyzing financial risks. “I’ve always had a desire to help the community”, he states in reference to his work in community building. Much of his community and social justice work revolves around preparing students for college and the professional world, along with teaching them about financial literacy. While working as the Vice President of Corporate Social Responsibility and Diversity and Inclusion for the Federal Reserve, he worked closely with Chicago Scholars, a development program for under-resourced students in the city. He hosted numerous events for Chicago Scholars and also conducted a mentoring program with them. Marchbanks ’84 has additionally managed a number of partnerships with local high schools to facilitate mentor-mentee relationships. Outside of his work with students, he led a volunteer counsel at the Federal Reserve consisting of representatives from all departments working on statewide volunteer efforts.

Much of Marchbanks’ desire to serve the community, and more specifically help students succeed, stems from his experience as a student at Lake Forest College. He describes not having a mentor while in school, explaining “I was not the best student at Lake Forest, but I figured it out”. Some valuable lessons that he learned in the process of “figuring it out” were the importance of networking and relationship building, and of putting oneself out there in order to gain knowledge and experience. During his internship with the City of Lake Forest, he was asked to conduct a time management study on the garbage disposal workers. His work was not well received considering he had to time the workers on the job, so he had to put in extra effort to win them over and gain their respect. Eventually, he had their trust and his work for the City of Lake Forest was deemed a success, as they ended up acting on some of his time management suggestions. He was asked by Lake Forest College administrators to speak to Alumni about his work for the city, a task which seemed very daunting at the time but ended up opening doors for him. “Once I had visibility on campus, things started happening for me”, he states. “Once you put yourself out there and do good work, people are going to recognize you”. He claims that part of building a repertoire is doing things that others ask of you even if it is out of your comfort zone, as those people probably see something in you that you don’t see in yourself. He goes on to describe having been in several situations which were outside of his comfort zone, including interviewing for jobs in which “the only Black people in the room would be me and the receptionist, and there would be hundreds of other brokers, all white males”. According to Marchbanks ‘84, situations like these should never deter you from knowing your worth, striving for greatness, and accomplishing your goals despite the obstacles.

In addition to networking and putting oneself out there, Marchbanks ‘84 advises students to “stay in contact with the people that think highly of you” and “take advantage of the opportunities you have at this school”. He recommends utilizing resources like the Lake Forest College Center for Academic Success in order to learn how to study better and time management habits, something he states he should have done earlier as a student. He cites going through the Lake Forest College In The Loop program and connecting with people in the Alumni network, or even connecting with him, as other ways to branch out and interact with people who can help you advance your career. You’ll never know the opportunities that may come your way if you never try. In his words, “a closed mouth doesn’t get fed”.