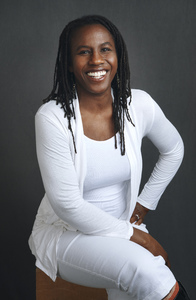 Hanelle M. Culpepper’92 shattered the glass ceiling by being the first woman to launch the sci-fi Star Trek: Picard series in its long 53-year franchise history. Eighteen years later, the spin-off series features Patrick Stewart as Captain Jean-Luc Picard, a role which he last starred in Star Trek: Next Generation in 2002. Star has been well-renowned for its depiction of  diversity and inclusivity in: Star Trek: The Original Series (1966-1969) which featured Lieutenant Uhura portrayed by Nichelle Nichols Uhura, who was one of the first African American women to star in a lead role. The aforementioned series also featured an Asian man, Lieutenant Hikaru Sulu portrayed by George Takei. In 1968, Star Trek: The Original Series featured the first interracial kiss, a year after the Supreme Court legalized interracial marriage.

Lake Forest College Alumnae, Culpepper’ 92 who signed on to direct the Kung-Fu reboot, has also directed various television shows and films, inclusive of but not limited to: Gotham, Counterpart, The Originals, Parenthood, Empire, UNREAL, Sleepy Hollow, How to Get Away with Murder, S.W.A.T, Flash, Sleepy Hollow, American Gothic, 90210, Supergirl and Criminal Minds.

From 1997 to 2019, she has been awarded numerous awards including: NBC/Universal’s Directing Initiative Fellow, Honorable Mention Writer's Digest Screenplay Competition (Block Party), HBO-DGA Directing Fellowship Finalist, HBO-DGA Directing Fellowship Finalist, Variety Inclusion Impact Honoree and ReFrame Rise Director. She graduated from Lake Forest College with a B.A in Economics and French in 1992. And she got her M.A from USC Annenberg School for Communication. Here I spoke to Culpepper’92 about her inspirations, career pathway and her passions. 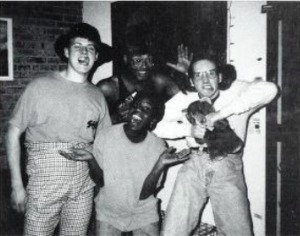 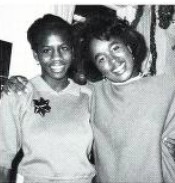 Kazembe: Is there any particular moment or memory that still stands out to you from the time you were at Lake Forest College?

Culpepper: That’s a hard one because there are so many memories that stand out to me. I would say Playfair because that is something we did on our very first day of freshman year. I don’t know if they still do it. How it worked is that you would do various activities in order to meet other people in your class. I met one of my very best friends through a Playfair activity where you separated into groups with people who are born the same month as you. Then you had to find the person whose birthday was closest to yours. I met Lisa Azu who was born one day before me and we are still great friends to this day.

Kazembe: Which organizations or sports were you involved in when you are still a student at Lake Forest College?

Culpepper: I was very involved in Garrick Players. I was also on the pom squad. I didn't really do any sports. I was involved in planning Student Activities and that was my job for quite a while. So, working in the theater and picking out films which relates directly to what I’m doing now.

Kazembe: How would you describe your transition from your undergraduate years to working within the film industry?

Culpepper: I knew that I wanted to work in the film industry when I was at Lake Forest College. I got a fellowship to get a PHD in Economics at the University of California, Riverside. While I was in that program, I decided that my heart was still in film and T.V., so I dropped out and switched to the University of Southern California. From there, it was a matter of working on various film projects. I worked in every position from P.A to producer to A.D to Grip so that I could learn, work my butt off and be ready for opportunities. Ultimately, it was while working at the Sundance Institute that I was really inspired by the filmmakers who were not waiting on Hollywood to give them a break. They were going out and making their movies and making it happen. I knew if I wanted to be a director, I had to start making movies. So, I stopped working full time and made my first short film. And things started opening up to me once I committed 100% to my true passion.

Kazembe: What inspired you to become a film and T.V director?

Culpepper: What inspired me was Mr. Ellis’ directing class in my 12th grade of high school. I always wanted to act and constantly auditioned for my school’s plays. But I was never cast so I took this elective class because it ensured myself an acting role. And that’s when I discovered how much I enjoyed directing and working with actors instead of being on stage myself.

Kazembe: Is there a particular genre that interests you the most when it comes to film directing?

Culpepper: No. I don’t really do broad comedy, but I love other genres including dramas, thrillers, action and sci-fi. For me it is more about the character driving the story rather than the genre. 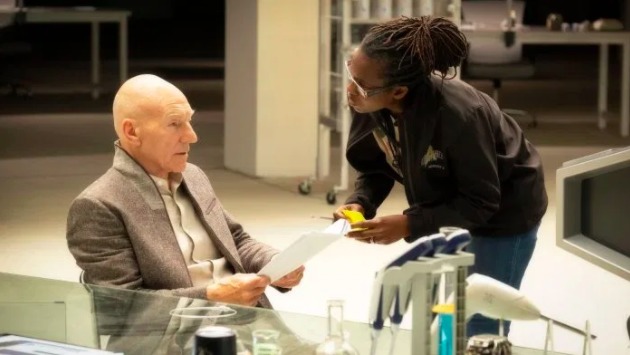 Kazembe: What has been the best aspect so far about directing Star Trek?

Culpepper: Getting to work on a show that I absolutely love and getting to work with an actor, Patrick Stewart, that I completely admire. Also being able to create stuff that will go on to be canon and that will inspire people’s Halloween costumes and cosplay costumes is pretty cool.

Kazembe: What do you work towards in your free time?

Culpepper: My answer to that is what free time? I am always working or if I'm not working, I try to put on the mom hat and be a good mom. I have not had time to read a book for fun in a long time and I really miss it.

Kazembe: Who would you say has been the biggest influence in your life?

Culpepper: I would say my parents. I saw how my Dad worked super hard to break barriers and to do things that had not been done within the African American community and I saw how my mother always encouraged us to always follow our dreams no matter what they were.

Kazembe: What have you learned over the years that you would like to share with students at Lake College?

Culpepper: If there is something that you really want to do, you can’t give up. Sometimes you need to find your cheerleading section that can keep you motivated. These include people that really believe in you and encourage you. I also want to let the students know that nothing comes easy and you should not feel entitled to anything. You have to be willing to work hard, and when the rewards come, you will appreciate them more. Way back when I was in 10th or 11th grade, I was in a summer program where they shared with us a quote by Zig Ziglar, “it’s your attitude, as opposed to your aptitude, that determines your altitude” and I have always lived by that. I approach everything with a good attitude and that is how I treat people and that is how I think we should all be in this world.