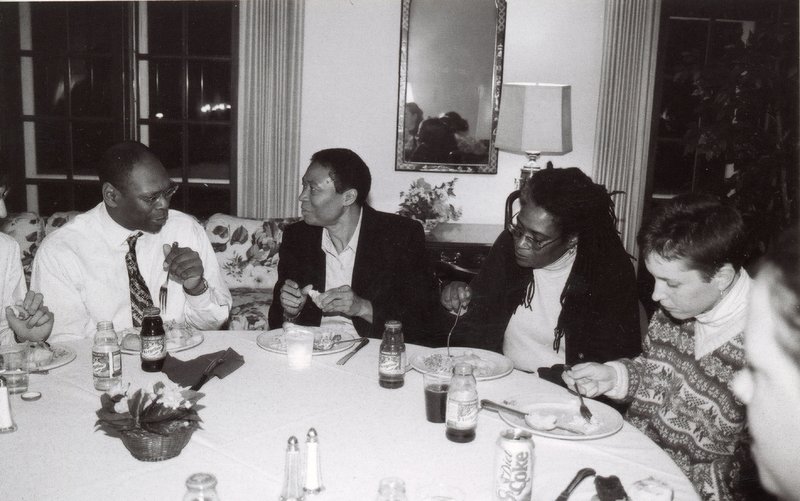 What Everyone Ought to Know About Barbara J.Holden-Smith ‘73

Barbara J. Holden-Smith is a Professor of Law at Cornell Law School in Ithaca, New York. She graduated from Lake Forest College in 1973, and she is well-renowned for her groundbreaking work in Supreme Court history and practice. According to her former Cornell Law School student, Alec D.Smith’16, “Professor Barbara Holden-Smith is one of the sharpest and smartest people” he has “ever had the pleasure to learn from. During class she makes it obvious that she cares about her students’ development not because she cuts them slack, but because she pushes them to and beyond their limits unlike any other professor can.”

Kazembe: What was your experience when you started at Lake Forest College?

Holden-Smith: I grew up in the inner city of Washington D.C. which had a predominantly African American population. In the housing project where I grew up, I almost never saw people who weren’t black. l thought it was a myth that there were more white people in America than there were black people. I was in for a great surprise when I arrived at the airport and realized that there weren’t any people that looked like me. When l got to Lake Forest, it was a big culture shock for me. At the time, it was the second richest suburb in the whole country and so different from where I grew up. My classmates were different from the people that I'd grown up with. The black students were more middle class than my former classmates. I think I spent my first night at Lake Forest College mostly under my bed. It was kind of traumatic, but what saved me there was the support I got from other black students.

Kazembe: What did you study at Lake Forest College?

Holden-Smith: Just like you, l studied economics and political science, except l did it in reverse. I majored in political science and l had a minor in economics, but l took a lot of history courses because of a history professor named Pauline Slaughter. She was one of the first African American professors on campus and she taught a lot of History classes.

Kazembe: Which organizations where you involved in when you were still a student at LFC?

Holden-Smith: So mainly, l was involved in Black Students for Black Action, which was a black student organization on campus. We went to Waukegan to do after-school programs for kids there. We focused on food drives and clothing drives. BSBA also worked with the Black Panther Party’s Breakfast program and tutorial program. We also brought political figures to the campus, such as Fred Hampton who was one of the leaders of the Black Panther Party who was murdered by the Chicago police when he was 19 years old. At that time, he wasn’t any older than any of us. His murder affected us a lot. I also worked with a different organization that brought speakers and music groups to campus. One of my proudest moments was bringing Alice Coltrane to campus. She was a famous jazz musician. I actually got to lay down under the piano whilst she was performing on the stage. That was one of the greatest moments of my life at Lake Forest College. I was also a part of a black gospel choir that performed at churches and along the suburbs from the south of Lake Forest towards Chicago.

Kazembe: Is there any particular moment or memory that stands out to you from your time at Lake Forest College?

Holden-Smith: No, there were too many different moments to stick to one particular memory. I recall one moment where l had a really cold winter. I remember not having sufficient clothing to deal with those winters. So, walking back and forth from Deerpath Hall to the cafeteria was a challenge during the wintertime. Another memory I remember is of the job that I had as a work-study student. One year, I worked in the library back room and l helped out with cataloging and pasting the back of the books. I also checked out several books. Another year, l worked in the cafeteria cleaning off the trays in the back of the kitchen. Another year, l was in the Student Center and l worked at the information desk. I do recall those kinds of jobs. There are too many memories to recount.

Kazembe: How would you describe your journey from your undergraduate to becoming a Law Professor at Cornell?

Holden-Smith: When l graduated from Lake Forest College, I spent some time working in a community and I tried to help youth from the westside of Chicago find jobs. Then afterwards I moved back to Washington D.C. to my hometown. There were only fifteen black students from my graduating class at Lake Forest College. Some of us who were interested in education thought that the public education system was severely broken, so we tried to start our own private school, so I moved back to D.C. to do that. After a while I got involved with other progressive organizations. I worked with food organizations to provide better food to inner city neighborhoods. I was also involved with the group that sent North Americans to Cuba to show solidarity to the Cuba revolutions and I went there. So, in other words I continued my activist work that I did at Lake Forest College, and I thought that was going to be my life, but I always wanted to be a lawyer even when I was a little kid. Once I stopped doing activism work I decided to go to Law School. I went to University of Chicago Law school because I thought that I would make a difference if I became a civil rights lawyer like my hero, Thurgood Marshall. But after being in Law School for a while, I realized how much I enjoyed the academic part of Law. I was captivated by Theory of Law and the Philosophy of Law, so I decided to become a Law Professor after spending five years in practice in Chicago and two years clerking for Hon. Anne C. Williams of the U.S. District Court for the Northern District of Illinois. Then I moved back to Washington D.C. where l worked at Arnold and Porter Law firm for three years. After that, that’s when I started working at Cornell Law School.

Kazembe: Is there an achievement or contribution that you are most proud of?

Holden-Smith: I think it is teaching for the past twenty-five years or so, teaching law students and opening up their minds to another way of thinking. I am also on the Board for The International Association of Law School as the General Secretary and the Treasurer of the organization. I have been working with them since 2011. Our purpose is to improve legal education globally and so we have been able to work together with faculty from all over the world to make a contribution to law education and that has been incredibly rewarding. IALS has also given me the chance to teach students in South Africa and Kenya. It has also given me the opportunity to travel to at least ten African countries, some of them more than once. So, making connections and improving legal scholarship in Africa, Asia, South America, Europe and the United States has been rewarding.

Kazembe: What have you learned during your lifetime that you would like to share with students at Lake Forest College?

Holden-Smith: I’d say that what I've learned is that life is a journey and not a destination. When I was young, I thought it was about a destination--getting somewhere and accomplishing something, reaching a goal--but over time I've learned that it is not a destination but the doing of it that matters; because to live is to continue to change, just like people change, seasons change. The most important lesson that I learned is that trying to make yourself a better person is just as important as giving back to the world. That thought essentially made me believe that the most important transformation is the one that you make within yourself.