Empowerment One Word at a Time

EMPOWERMENT ONE WORD AT A TIME

In an age where “making a change” seems to be an obligation rather than a dream, many wonder how they can make that change in their immediate communities and, possibly, in the wider world. It can be discouraging to think about how much effort is needed to achieve this change but one will never know what it takes until they try to do so first hand. Zimbabwean writer and activist; Isabella Matambanadzo embodies this through her work advocating for gender and women’s rights in her native country, Zimbabwe, and by promoting economic investment in the country. She has worked in over 36 African countries in various capacities for agencies such as The Southern African Economist, Radio One and the Inter Press Service, just to name a few. 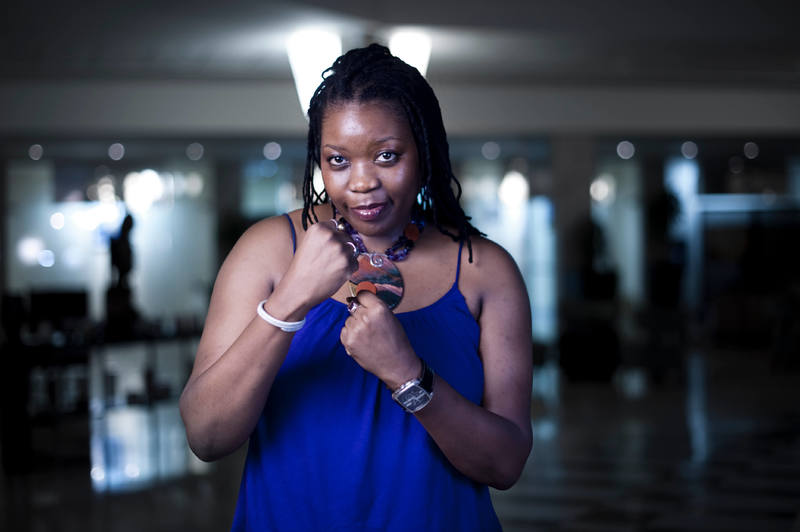 On April 7th, I interviewed Matambanadzo about her work and how she continues to make an impact by using her platform to encourage others to find their voice and become the best version of themselves. The interview went as follows:

Marufu: Is there a particular experience or a moment that directed you to advocate for equal gender rights in Zimbabwe as adamantly as you have done?

Matambanadzo: I was born during and raised at the time of our liberation struggle. My politics is based on the multiple strands of our interconnected anti-colonial, black liberation, anti-patriarchal politics that imagined and still imagines the black human being, the black woman as a free and total person. Not a sub-human entity devoid of rights and dignity.  My politics also comes very deeply from my family and how they raised me. My grandmother, for instance, was from Chidodo village in Uzumba, a place that is often the butt of uncouth caricatures in Zimbabwean election politics. She later moved to Tamutsa village, across the way from Nyadire Mission, where her brother Ebson, my Sekuru, was a Priest in the United Methodist Church. She went to primary school at Nyaitenga, the primary school there. She did her primary teacher training diploma at Hartzel in Mutare, then known by its colonial name Umtali. This is important because education was a very segregated sector and remains segregated, perhaps more along class lines in the 21st century than along the race lines that my grandmother surmounted. At that time, Zimbabwe was under colonial oppression. Working women could not receive their wages into their own bank accounts because segregation and sexist discrimination did not permit women to hold bank accounts in their own names. Women didn’t have ID cards. You were identified by your father or husband. You couldn’t own a cow, a house or enjoy economic autonomy. This meant women suffered financial exclusion. This photograph, the earliest visual record of her existence, was taken when she wrote to the District Commissioner petitioning him for an account. She wanted to manage her own money. She wanted her salary to be paid into an account that she controlled. Her first bank account was opened at Standard Chartered Bank in Newlands. Women’s Economic Freedoms have been a key site of agitation by feminist movements.

Marufu: What was the biggest challenge for you on the road to where you are now (in terms of your work) and how did you overcome the obstacle(s)?

Matambanadzo: I do not find much about my feminist work and activism difficult. I find tremendous joy and happiness in my work, labour, and resistance of all forms of oppression in my feminist life and amongst the collectives and communities of feminists that I am very fortunate to be part of and work alongside. We know that we will be victorious.

Marufu: What is the one thing you are most proud of with regards to your work and why?

Matambanadzo: I am proud that together, as feminists from Africa - and indeed as feminists from the global south, we have shown tremendous diligence with our duties to fight injustice and subjugation in all its forms. Nothing makes me happier than seeing feminists win the battles we win. And indeed, seeing those who may not identify with our struggles and sites of resistance benefit from our collective efforts and labour. It gives me tremendous glee actually, when feminism shows up faithfully, generously, without selection for those who condemn it. And who are contemptuous of those of us who name ourselves feminist.

Marufu: What motivates you to keep doing what you do i.e. which aspect of your work makes you the most excited to get up in the morning?

Matambanadzo: The joy. My struggles give me pleasure. Because I know that we can vanquish all forms of marginalisation, segregation, and injustice.

Marufu: If you could give the 19 year old Isabella Matambanadzo any advice, what would it be? Is there any general advice you'd give to youth who are trying to make positive impacts on their respective communities?

Matambanadzo: That it is okay to stay on the dance floor until the sun rises. Enjoy this life. It's meant to be lived fully, fearlessly and conscientiously.

As the old saying goes: “If you love what you do, you’ll never work a day in your life” and through her sheer desire and commitment, Isabella Matambanadzo has taken pleasure in all aspects of her work. Given how successful she has been in empowering the next generation of African youth socially and economically, it is no wonder why. It seems that the only way is up for her and who knows how much she can continue to leave her mark on the African continent.